Book Review – Whispers in the Dark by Laurel Hightower 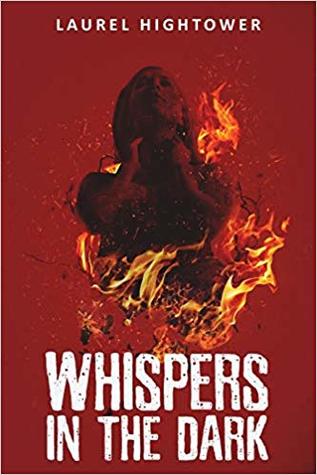 I’d heard many great things about this novel from reviewers, bloggers, and Twitterites who’s opinions are usually spot on. So what took me so long to get around to reading it? Well let’s not get bogged down with the details, eh?

You need to believe the hype with this one, because it’s great; really great.

This is certainly a book that slams you straight into the action from page 1. We’re introduced to Rose, a sniper cop who currently has her sights set on one evil dude who sadistically killed his wife and abducted their kids. He’s a real nasty piece of work and certainly deserves what’s coming to him.

The tension building here was perfect, I even felt my own pulse hammering like Rose’s. The only difference being I didn’t have a gun in my hand. I don’t even own one!

Her colleagues are briefly introduced, never once detracting from the seriousness of the situation in hand. All of a sudden, you know all about Rose. Well, you might think you do.

I’m not spoiling it here, but she shoots him. It had to be done for reasons you’ll find out yourself. And Hightower pulls no punches in the description; splattered brains and all. Now comes the mountain of paperwork and meetings that happen after someone is shot by a cop.

“Hold on, though,” you’re saying, “isn’t this supposed to be a horror novel? Sounds like some cop drama thing to me.”

I forgot to mention; this dead guy with his brains blown out and his sticky blood pooling on the ground? Yeah, he speaks to Rose, all dead.

And that’s when things go sinister and spooky, and never relent until you close the book and finally take a breath.

Rose has had a troubled past, and that’s putting it lightly. Her parents used to lock her in her room at night, and locked her in the cellar when she’d been particularly (in their eyes) naughty. One night a mysterious fire started in Rose’s room, eventually causing the deaths of her father and brother, and leaving her with severe burns and quite a severe case of mental torment.

As a kid Rose felt an incredible connection to spirits and referred to them as The Whispers. As she got older these faded. Was it because she grew out of them, they weren’t real, or she moved away from that house? Well, I’m not saying.

This novel just flew by for me, never once lulling in the action, and always keeping the scares waiting around the corner. Even when a section wasn’t particularly scary I always knew the chills would be returning soon. And they did. Every time.

There is an evil, otherworldly force coming for Rose, a force that needs to be confronted and defeated. This malevolent evil wants Rose, and all those she cares about are collateral damage. During this excellent tale Rose learns more about her family and their history, finds a connection between her and the dude she shoots at the beginning, and finally understands about The Whispers that haunted her childhood.

I like my horror dark. I want horrible endings for characters and always appreciate the bleakness ultimately reigning supreme. I’m not giving away what actually happens here, but throughout this story I was really hoping for a happy ending. I really liked Rose, not in a pitying sense because she’s too much of a badass to want your pity. She’s been through so much but and vows to be a much better parent than hers were. I was just ‘there’ with her throughout.

To make you care about a character that much is credit to the writing, and Laurel Hightower does an excellent job of portraying a hero with a troubled past (ghosts and loss) in an ultimately stressful job, who also manages to juggle a family, and never moans about it! Rose was just a superb character and I’m glad I got to share the journey with her.

Above all this book is seriously creepy. The atmosphere created when spirits are afoot is perfectly captured and the characters are fully fleshed out and believable, as are their fears. There’re plenty of twists and turns along the way with characters perhaps not who they may seem.

All in all this is a great, no awesome horror novel that needs to be on the bookshelves of every fan of terror and darkness.

Like Loading...
‹ Book Review – Where Dragonflies Dance by A. A. Medina
A Guide to Getting Your Awesome Book Reviewed by Awesome People ›