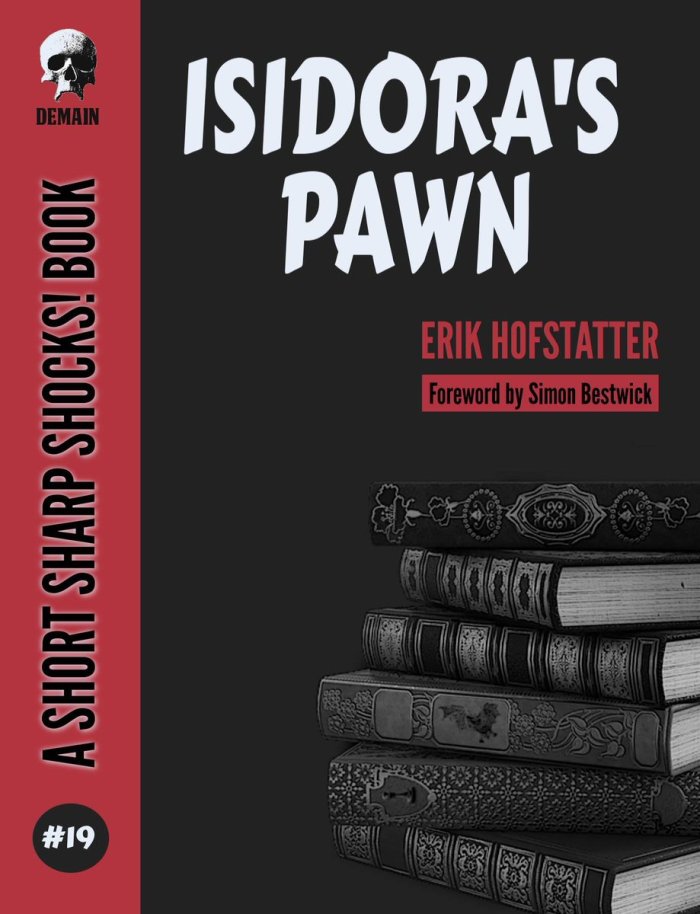 Erik Hofstatter’s latest release is officially classed as a novelette. Well, this dark tale of love and loss read more like a flash fiction piece to me. I devoured this beast, and loved every second of it.

Orrin is a guy who just wants to be loved. He’s had enough of his normal existence and, after meeting a beautiful girl on the internet, decides that – fuck it – he’s travelling to Spain to work with her and hopefully begin the first stage of the rest of his life.

The story opens with him on the plane, chatting to a girl about his grand plans. She warns him things may not be what they seem, and hell, should he have listened to her!

This new job is cleaning a grand old library. The place has such a creepy vibe that is translated perfectly; no page upon page about how dark and unnerving it is; just short, sharp descriptions that do the job just as well, if not better.

Relocating to a foreign country with no friends or family is a daunting proposition. Throw in some strange characters and a dark, mysterious old library and the sense of abandonment is heightened scare-fold!

The girl who enticed Orrin to change his life is called Dores, and boy does our Orrin like the look of her. After years of searching for the perfect woman, has the right one happened upon his life just like that? It seems so. He met her on the internet so everything should be cool, right? She certainly seems to like Orrin.

As Orrin begins work he marvels at the exquisiteness of the library, but becomes rather wary of the paintings it houses. Are the eyes watching him? It’s only after discovering something truly terrifying in a ‘restricted’ section that alarm bells begin to ring.

But of course, Orrin is in love, so he’s not going to run away and leave this all behind is he? He’s done enough of that already, this is his big break. Dores is a strange one, and perhaps the reader is more in tune with her unnerving qualities than silly lovesick Orrin.

The library hides another, though; the strange Isidora who is one frightening character. She has been watching Orrin with her own lust-fuelled eyes. And when the two meet, damn it’s creepy.

I’m saying no more about this because it’s a meeting to experience for yourself. What I will say is this is the scariest love triangle I think I’ve ever read!

This story oozes weirdness. The setting is almost other-worldly yet completely believable; something that’s difficult to pull off, especially in such a short page count. The strangeness of the artwork and building was Barker-esque.

Of course, things come to their natural conclusion, or do they? There’s weird work at play here, and Orrin is kind of a chosen one of sorts. I’m already saying too much.

This is a story that will take minutes to read, but will resonate with its pungent and unsettling horrors for many days.