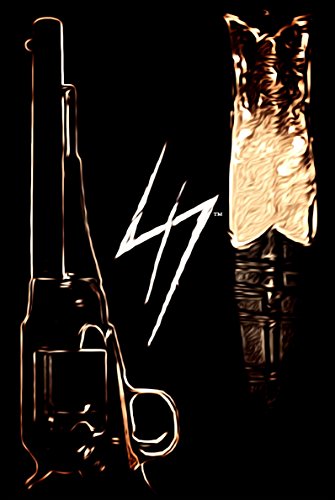 My first journey into Bo Chappell’s Western post-apocalyptic world was the excellent anthology By Year’s End (review here), where a number of writers penned short stories based upon this very book. Perhaps I went about things the wrong way, but reading that I felt something was missing, like a blank needed filling, so had to jump in and find out just what inspired those great stories.

Reading this novel, I could really tell how the surroundings of this world could inspire further works; there’s so much scope to capitalise on. That’s not to say the ideas here weren’t fleshed out, in fact they were pulled off teasingly well.

There’s the apocalypse, demons, zombie-types, and that’s just for starters!

The world has gone to, well, shit. Strange giant and frightening monsters, the Forlorn, terrorize the surviving humans. These beasts are a nasty set of bastards and are the minions of a well-known baddie, but more about that soon.

The quality of the writing really makes this world real, without spending ages banging on about specific details. You just kind of ‘get it’. No wasted words with world-building here, kids.

It’s a story of survival, where an unnamed dude simply called ‘The Stranger’ befriends a young girl who just wants to get back to her parents, if indeed they’re still alive. The Stranger takes it upon himself to be her guide, to try to save her from the perils now infecting this world.

As the story progresses we’re introduced to the real antagonist of the piece, the one and only Lucifer. I’ll be honest, this threw me a little. A story in By Year’s End involved angels and demons, but at the time I assumed the author, Liam Gil, had gone down the religion road of his own accord. But alas, he hadn’t.

In fact a great deal of this book involves humanity being shat on by the dude in the sky who’s supposed to be looking out for them. The epic battle between good and evil took a seat very near the front.

I was a little disappointed by this angle, although this is very much a personal opinion. I do enjoy a good religion-horror story every now and again, but I felt this one could have been much stronger if the evil was more other-worldly than the Devil-and-his-demons we’re so accustomed to. I’d liken it to Clive Barker’s The Scarlet Gospels; the monsters are more terrifying if they’re kind of ‘beyond’ the Devil, if you get me.

However, I was still thoroughly engrossed in the story throughout, and those who enjoy the ultimate good vs evil of Judaeo-Christian teachings would really dig this I’m sure.

So although I wasn’t as blown away by this book as I was hoping, I can still appreciate the skill involved in its telling. There’re people out there who are really going to enjoy this one, though.

Although saying all that, the appearance of the Four Horsemen was very unsettling indeed. These riders are badass!

The action is intense, the characters real, and the gore at just the right level without going over the top.

I’m not raving about this book, but I’m definitely recommending it!