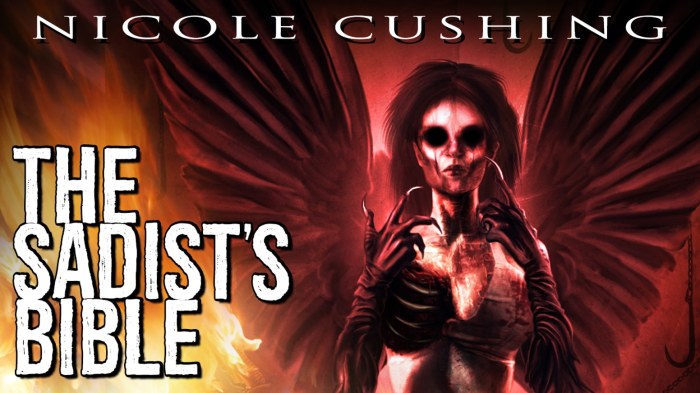 Hmmm, so yeah, where do I start with this one then? I suppose I’ll just jump straight in.

Ellie’s world has gone to shit. Well, when she reflects, it’s always been shit. Shit husband, shit life, shit pretty much everything. In her God-fearing community it would be the worst thing imaginable to tell everyone that she harbours strong feelings about being with a woman. Coming out is a definite no-no for Ellie, it would just add to the steaming pile of shitness. There’s only one perceivable way out for her; she has to die.

By signing up to a website where others in her situation are searching for a soul to die with, she befriends Lori, a lady who just happens to be interested in ladies, too, who promises her a beautiful death. Their plan is to make the most passionate love imaginable, before killing themselves in sexual suicide.

This is quite a dark subject for a book and I knew this going in, but it was so much more frighteningly desolate than I could have imagined. And this is a very good thing.

It’s graphic, it’s bloody, it’s utterly hideous. I never even had a chance to mark this book as ‘currently reading’ on Goodreads because I’d finished it before I knew where I was. It’s that good! OK, it’s not long, but it’s perfect pacing makes it feel much shorter.

So what’s so awful about it then? Let’s see, a woman whose life has become so utterly desperate, even though it would be perceived to be perfect, is planning her suicide with someone she’s never met in real life. There’s a severely disabled child with half his skull missing who has to be restrained to stop him messing with the sticky wound of gore. And then there’s the mother of this child (Lori) who wants him to die, too. She believes he is a cursed child and longs for his soul to be destroyed, along with hers.

Oh yeah, and let’s not forget about God either. Yes, he’s a character in here, and what a bastard he is. Readers of The Old Testament may be saying, ‘well yeah, duh, look at all the mean shit he did to his most accomplished creation.’ I’m sure those who believe in God would be shocked and outraged at the depiction of Him here, but I don’t suppose they would get very far through this anyway. But is He actually God, or The Devil? Are His disciples Angels or Demons? I’m starting to give things away here so I’ll stop.

The God in The Sadist’s Bible reminded me a lot of His characterisation in The Gospel According to Jesus Christ by Jose Saramago where’s He’s an equally massive narcissistic prick. But here, OK I’m definitely stopping now.

If you’re after a romantic love story between two women, or maybe even some graphic lesbian sexy scenes, read something else, there’s loads out there (apparently!).

This is horrific, horrifying horror of the highest order. I was blown away. So stop reading this review and just read the damn book. Or God may get angry, and you certainly don’t want that, feeble human!!

Like Loading...
‹ Book Review – The Rib From Which I Remake the World by Ed Kurtz
Book Review – 4 Hours: An Apocalyptic Horror Novella by John F Leonard ›