It’s retro time, kiddies! Childhood cartoons bring joy and enjoyment to our hearts while also slyly teaching us morals for the big, scary grown-up world we’ll one day inherit. They also allow toy manufacturers to make quite a lot of money out of our parents, but that point’s for another time.

But one thing that kid’s cartoon shows have done right year after year, is provided us with mean, unadulterated evil in their bad guys. Here are ten baddies from the 80s that you should definitely be grateful only exist in Animationland (and yes, that is a place).

With metal spikes emanating from his hands, arms, shoulders, and his spectacular ninja skills, this is a baddie to fear. His sole aim in life is to destroy those pesky fun-loving turtles and he will stop at nothing to achieve it. Like most baddies he fails all the time, which is a good thing for the green ninja dudes. Shredder would like nothing more than to rip them apart with his aforementioned spikes before cooking their remains into a delicious turtle soup. I believe this was never an empty threat. 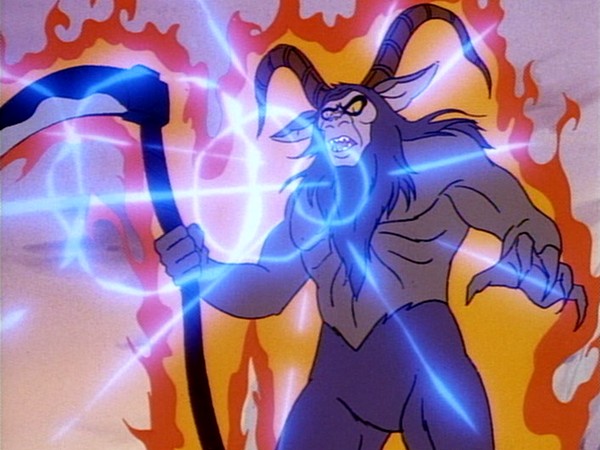 You’ve really got to feel for The Thundercats. Escaping from their home planet, they eventually managed to set up shop on Third Earth where it seems every single evil entity wants to obliterate them. This is one of two Thundercats baddies on the list, but perhaps the most frightening. OK, maybe his name could be construed as a little comical, but would you tell him that? This demonic goat beast could actually summon the fires of an ungodly kingdom with a swipe of his scythe. And those eyes…

The face of pure evil. I’m not sure exactly who he was a general of, maybe he just stole the uniform and helmet. That in itself is one reason not to fuck with this guy, as is the designer stubble and Dali ‘tash. As all good military generals do, he enlists the help of many great monsters and scientific minds in his quest to destroy everyone’s favourite fruit-eating superhero, although they never succeed. His atrocious and freakish cackle is the stuff of visceral nightmares.

People may say that the most deadly and frightening planet-sized planet destroyer is the Death Star. If you were to be an inhabitant of a soon-to-be-destroyed-by-the-Death-Star planet, Id assume you’d see a giant flash of light, and then be dead. It would be quick, and therefore not too bad, all said. But how about a planet that not only destroys your world, but actually eats it?

Feeding on civilisations like a giant, carnivorous insect, Unicron is an evil badass of the highest order. Like the sentient machine at the top of the food chain it feeds because it needs to survive, and when you’re as big as him you’re going to need a little more than a super-sized fast food meal to do that. But even though it’s how he has to ‘live’, I’m pretty sure he gets some kind of kick out of terrorizing people and their homes. Not only that, the rumbling, malevolent voice of Orson Welles is perfect to turn those fear dials up to 11. And he can also bring intense, head-crushing nausea to his minions, but maybe that’s only if you’re a transforming robot. I’m not too sure about that one to be honest.

The sharp-suited evil toad is the perfect Bond villain archetype. He sits (most of the time) with his cuddly white creature thing that he sits and strokes while commanding his most vicious and villainous plans. He wheezing voice is harrowing, the stories he could tell would force grown men to tears and soiled underwear. It’s a pity his minions are as inept as they are, otherwise he’d already be feasting on mouse burgers whilst ruling the world.

He had to be on here didn’t he? There’s just something creepy about Ancient Egyptian mythology. I mean, it’s like they wrapped their dead in bandages because they knew that they would make even scarier zombies. A giant, seemingly abandoned pyramid with great stone carvings of monstrous beings adorning the great hall is always creepy. But when a solitary coffin opens and a decaying mummy with red eyes shuffles out, you know you’re in trouble. His transformation into ‘the ever-living’ is horrific, but still nowhere near as terrifying as the rotting corpse version. He may sound like an old man who’s smoked a few too many over the years, although living in a coffin is probably not great for your chest, I’d imagine.

This show may be all harmless fun, but it’s not. The Fraggles, keen for a bit of adventure set forth from their underground home to brave the outside world. And The Gorgs may be just simple folk, keen to farm their fields to support the family. But it’s all an illusion. To my knowledge The Gorgs never did catch a Fraggle, but how frightening were the chase scenes? These hideous monsters with their infeasibly large heads and wreckhead eyes, are said to have tortured the fluffy creatures from underground, so that their victims emit a desperate cry, attracting all of their brothers and sisters. Before you know it there is an orgy of devastation as The Gorgs maim, rape, and torture every Fraggle alive. 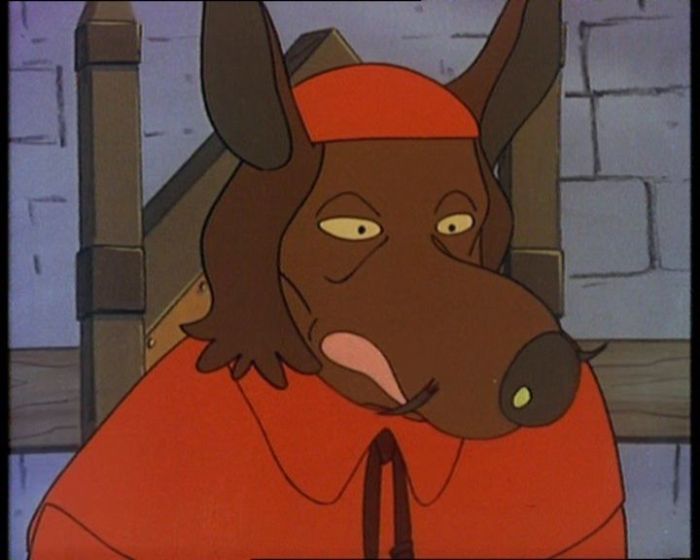 One mean, mean bastard. His sneer-ridden face, his harsh and unsympathetic voice, his controlled demeanour while his men (well, dogs) are slaughtered by the ‘good guys’, all adds up to one pure evil dog bastard. He would delight in nothing better than seeing Dogtanian mutilated beyond all recognition and then fed to him from a tin of Pedigree Chum. Yeah, that’s right, he’s a cannibal too. Never getting his paws dirty, he was a lurid spectator in the devastation. I’m not sure he was ever ‘turned on’ by it all, but I bet he was! 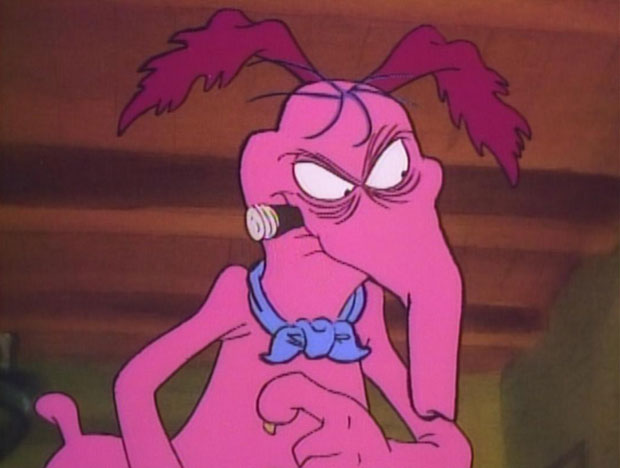 The money-grabbing, land-stealing face of ‘the corporation’ out to destroy the raccoons’ home, and them, too if need be. He may be pink, but his evil intentions are as black as sin. He may love his family, but given the choice between them and eternal wealth, he would be sure to put them into the pit of fire along with any who dare stand in his path. He hosts a gold tooth, a cigar that emits no smoke, and wrinkle lines from years of devilish expressions of hate (and a few late nights). The pointed ears and long snout, coupled with the pair of prominent cheeks give his face the appearance of a pentagram, if you stare at it properly. No coincidence I’m sure. 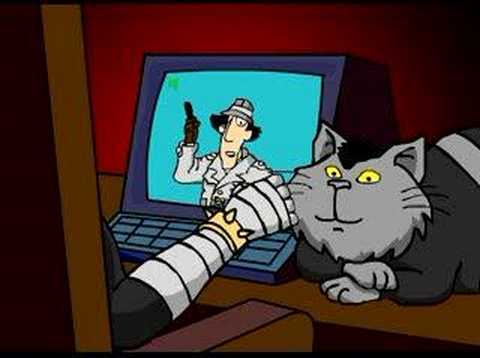 The most frightening image imaginable is the one that you construct in your own mind. That’s what makes this dude so scary. He’s so evil that he spends most of his time in front of a computer screen watching the actions of his arch nemesis. His voice is the zenith of bad guys and his heinous, malicious laugh is as unnerving as any modern day baddie. But what’s worse is that you never see his face. I’m sure the reason is that it would be too terrifying to appear on a kids show, or even an adult show come to think of it. It’s likely that years of torment and other bad guy stuff have taken their toll on his features. But after saying all that, he does love his cat!

I hope I have brought a feeling of nostalgia to you, as well as suppressed childhood terrors that can now never be undone. But surely I missed some…

Like Loading...
‹ How Technological Advances Continue to Make Horror Relevant
Book Review – The Rib From Which I Remake the World by Ed Kurtz ›