Book Review – Girl in the Glass Planet by ST Cartledge 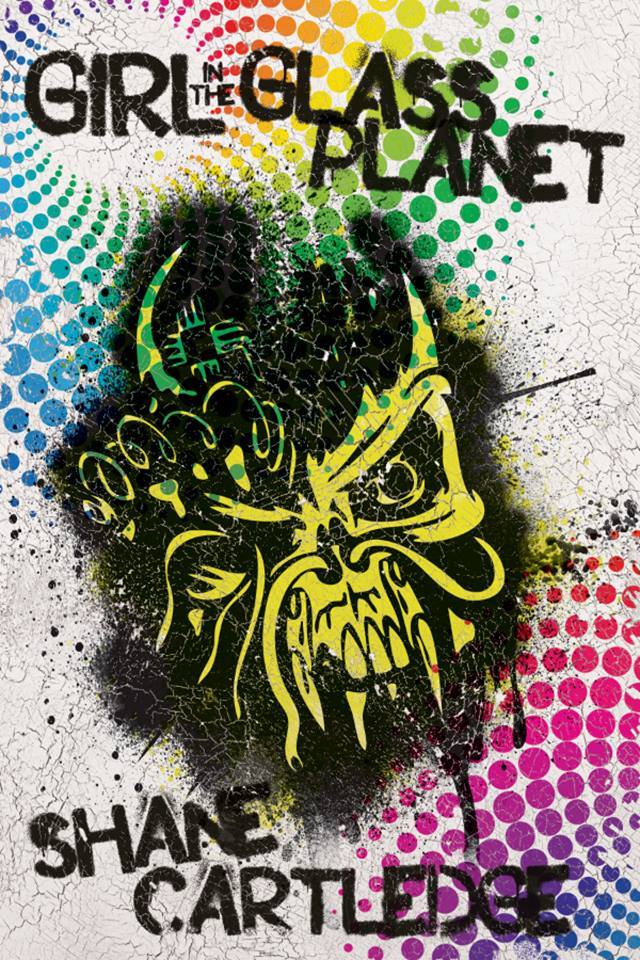 Girl in the Glass Planet is a brief sci-fi horror novella detailing a series of brutal butcherings as a small group of vengeance seekers journey their way through a, erm, glass planet. The story is narrated by Cyberia, who is the girl (and an android by the way) in this aforementioned planet of glass.

Gone are the pages upon pages of descriptions, where nothing seems to happen plot-wise; instead are gorgeous (or maybe grotesque) little hints and clues here and there, embedded in the narrative. The Mirror Sea, crystal rainfall where gems plummet from the sky, cities hidden beneath the waves by a forever of giant glass. The descriptions are brief and to the point, there’s no waffling going on here. Top marks straight away.

So what happens then? Well, there’s gore, there’s violence, and then a bit more gore to round it off nicely. Cyberia, obviously designed for fighting, is the proud owner of deadly fractal blades that shoot from her hands and can be rather handy when death needs to be handed out. And it does, many times.

When she and her friends, Darko and Basho, return from a bloody run in with the most excellent cyrobites- silicon centipedes with their own killing blades and harrowing demonic forms- to find their precious city of Kojima destroyed, they set out to find who or what is responsible for the carnage.

The cyrobites don’t appear to have been the monsters that caused the destruction, as they first thought; they’re just happy to feed on the dead who lie rotting in the streets in the aftermath. As the trio’s journey through eerie, cold tunnels reaches the climatic battle with yet more horrific and blood thirsty creatures that are all brilliantly and brutally described, the true nature of their enemy begins to become apparent.

Our three heroes meet two more would-be avengers, these from the city of Koike which appears to have suffered the same fate as Kojima. And then there’s the strange race of Shinkai, who no one seems to know anything about. They thought them enemies, but after the destruction of the cities they join them in their killing expedition. Isn’t it great when everyone just gets on?

None of the characters are human (this is sci-fi, dear), but even so their plight and subsequent fight against it brings with it such human emotions such as anger and despair that it is hard not to care about them, especially our plucky narrator who can still kick some serious monster ass when she needs to!

Before coming face-to-face with the mindless, passionless monster, the horrors they endure and the debilitating sounds that plague their minds slowly try to drive them to insanity. It takes all their courage to find the inner strength to confront this God-like destroyer of worlds.

Whilst reading I wished I had put on a coat, such is the way that the words perfectly portray the coldness of the planet. Imagine if Hell was built of frosted glass instead of fire, and the demons and monsters were more mechanical than organic, and you’ll get the feeling of this book.

It’s a strange, bloody story set in a surreal alien world where lots of creatures die horrifically, and if that hasn’t sold it to you…

The book flew by for me, so fast paced there was never a dull moment or page that needed to be skimmed through. Even though I have commented at how quickly the setting was established, perhaps more details on a few of the bits and pieces may have given the story a more, I don’t know, epic feel. This story could be elaborated upon to a much longer piece where minor elements are developed further (like the birthing pools, for example), but I’m not sure it would be as much fun as this was.