Home › writing › Why Are We Scared of Stuff?

Why Are We Scared of Stuff? 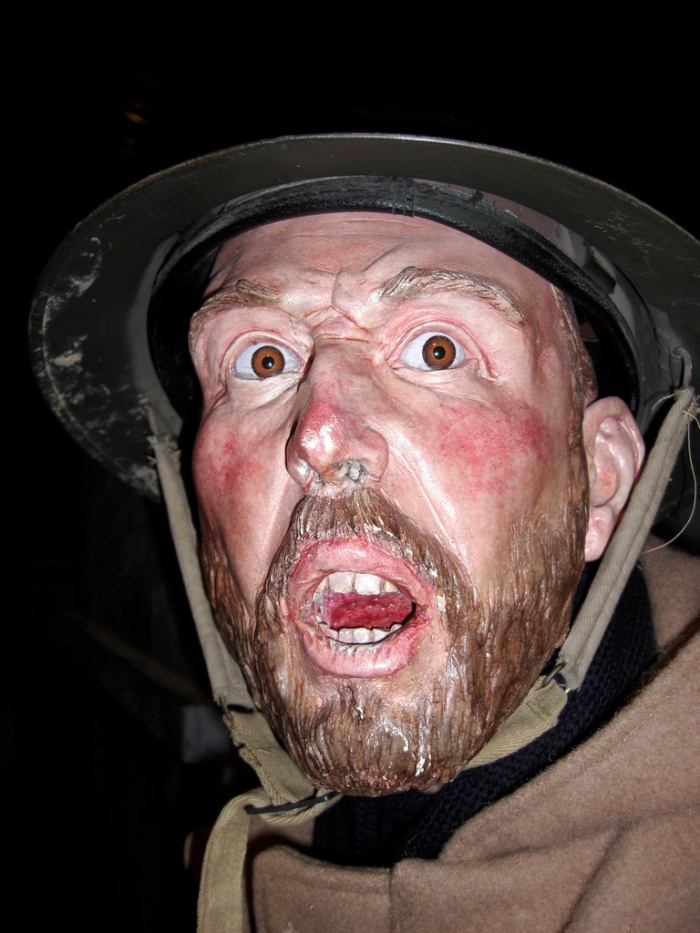 So the other evening I was just sitting in my dingy kitchen, not really paying any attention to anything in particular, when I heard a noise from deep in the bowels of the basement. It was a pair of pathetic, muffled whimpers and it took a second for me to realise what was actually going on. But then it hit me; it was that couple who I’d kidnapped whilst they were having a quiet, romantic picnic earlier that day. Seemingly the sedative had worn off.

They sounded frightened, and as well they might. Waking up to find you’re gagged and bound in a dark basement is not something anyone would wish to experience, myself included. Their fear was audibly apparent and when I went down to check on them I found that they were crying and had, annoyingly but predictably, soiled themselves. But I could understand that, I would have probably done the same.

Now I’m sure they didn’t remember being kidnapped as it had all happened so quickly; I’m good, you see. But from an idyllic country setting to waking up groggy in a cold and damp basement would certainly be a shock. The light is poor down there, but I make sure it’s illuminated just enough so that whoever is unfortunate enough to wake up there is quite aware of where they are. Being bound in the dark would be scary enough, but seeing the bones of previous captives that never made it out, well that’s gotta be scarier still.

Anyway, what was I talking about? That’s it, being scared of stuff. We learn from a very early age the importance of being frightened. It’s the body’s way of alerting us to potential danger so that we make sure we steer clear of it, if possible. It’s a very important survival mechanism. But where does the knowledge of fear come from, is it nature or nurture?

The dark may be one of the earliest childhood terrors we experience, especially if we wake in the middle of the night in a silent house where we can’t see anything. As our eyes adjust our minds play tricks, convincing us that someone or something is in there with us, just waiting to do us harm. Where does that instinct originate, though?

A scary monster in a kid’s cartoon might not be very frightening to an adult (most adults anyway), but when a small child sees their hero in danger, the sharp teeth and evil eyes of their enemy strikes deep inside them, subconsciously telling them that these physical attributes are bad, and should be feared. A demonic sounding voice will also add to this spooky sensation. Most cartoons, except for the trippy ones that are aimed at babies and toddlers whose characters have strange faces and big bulbous eyes, will need an antagonist to make the story interesting and have the kid really rooting for the hero.

But if a kid could grow up without experiencing these horrors in TV shows and magazines, would they be as scared of things as adults? I’m sure there have been studies into this but I am ignorantly unaware of any. I have far too much kidnapping and butchering to be getting on with to waste my time researching this thoroughly enough.

As adults, if we see a building long abandoned with weeds taking over and boarded up windows where the wood is rotten, our first instinct will be to not even dare entering. This is especially true at night. It’s not our rational minds telling us that the structure would be unsafe and may cause an injury or even kill us if we went inside, it’s that we are scared of what may be lurking inside. There may be ghosts in there, or an army of serial killers, or a Lovecraftian beast who will send us insane if we even glance at its unworldly, terrifying form. 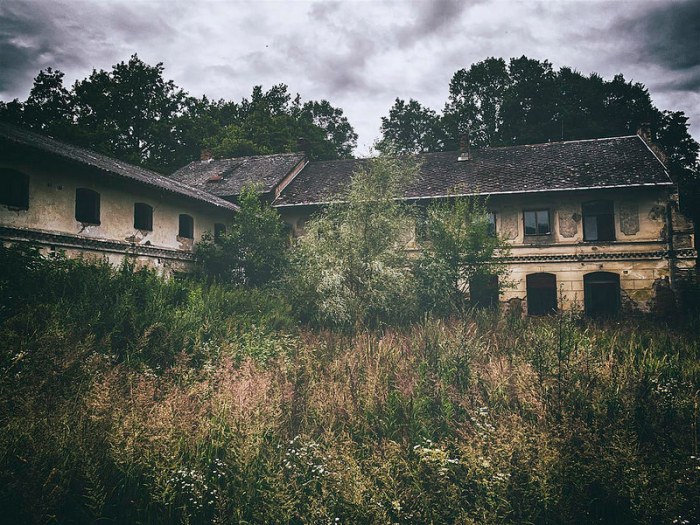 Our imaginations are the bases of all our fears. That old building is not haunted, its not harbouring any demented murderers or Ancient Ones. A graveyard at night is not about to become infested with flesh-hungry zombies. As intelligent human beings we know this, deep down. So why are we still scared?

Books and TV are to blame, although when I say blame I really mean thank. Being scared is great, its cathartic. It gets our hearts racing and our adrenaline pumping. The thought that there is always something that could harm us and should be avoided is exhilarating. If this wasn’t the case there would be no market for horror films or scary stories, and as far as I’m aware the genre is doing pretty well.

We have seen said abandoned building so many times in movies that the suggestion that it could be a haven of evil is not so far-fetched to our subconscious minds. It’s a rational fear, albeit one nurtured by the modern day entertainment industry.

But there’s also irrational fears that others, without them, can’t seem to understand. Clowns are probably the best example. Objectively they’re not scary, far from it; they’re job is to entertain kids with their slapstick shenanigans, using custard pies and water pistols to get the laughs. But for many adults, the sight of a clown can drive them delirious. I’m sure we’ve all watched a film or TV show about a deranged clown (I’m not citing the obvious one), and when we see one in real life, in the back of our minds, it’s Pennywise (OK, I cited the obvious one).

My personal irrational fear is seeing animal heads on human bodies. It might not sound like much, but a lion in a suit, or a horse’s head on the shoulders of a builder, or any combo of animal head and human clothes, makes me shudder. But although I’m scared of these, something inside me, some masochistic intrigue, will prevent me from turning away from them. “I don’t like that,” I’ll moan, “It’s freaking me out,” I’ll holler. But I won’t look away. I’m a sucker for fear, we all are.

So when someone mocks you for not wanting to go into that eerie-looking house, or through that dark, dense woodland, they are either covering up the fact that they are an even bigger pussy by giving all that bravado, or are in fact, a vacuous soul with no imagination or emotion for embracing the darker side of reality. Or maybe they just haven’t watched enough horror films.

In a good horror film we are always rooting for the goodies and whatever predicament they find themselves in, we want them to get out. But if they did, well, where’s the fun in that? You choose a horror film because you want horrific. The same is true for horror stories. The best authors of macabre tales are the ones whose words will prevent you from sleeping.

So it’s good to be scared, in fact it is to be applauded. To fear is to be truly alive.

I salute the couple in my basement. They are open-minded and educated enough to realise that where they are is a situation to be scared of. OK, maybe my previous points on learned fear stimuli may not count here. Even if you’d never seen a horror film and you awoke with your partner bound, gagged, and weeping, you’d be pretty terrified of what was to come, I suppose. But I’m going to give these two the benefit of the doubt. I’m so proud of them I may even spare their lives.