What I’ve Been Reading These Last 6 Months or so

Around six months ago I posted a blog on books I’d read but hadn’t reviewed, for one reason or another. And here I am again. It seems like this is to become a biannual occurrence.

I don’t review every book I read; some already have enough, others I can’t say anything new about, and some I don’t enjoy too much but don’t want to bitch about so prefer to leave no review or rating.

So with that in mind, here are the books I’ve not reviewed since June this year, being kind of reviewed!

And I’ve posted the covers of the editions I read, I’m just so kind and considerate like that!!

I’ve heard The Rats is where it’s at. But they didn’t have that one in one of the many local charity shops, so I plumped for this one. I expected it to be a bit cheesy, but after 50 pages or so I was hooked. This mysterious fog that turns all those who are exposed to it into bloodthirsty killing machines paced along very nicely. The terror was tuned to the perfect pitch and the gore was at a tasty level.

The story never outstayed its welcome, although the fun wavered slightly as the novel progressed. Maybe it’s me, hating it when a murderous fog is defeated by the good guys. I just want to see characters suffer, damn it! I’d still recommend it, though.

Another charity shop purchase, and it was the extended hardcover edition, bonus!! You all know what this one’s about so I won’t go on. But I bloody loved it; in-depth characters, a gripping story, and some chilling moments. You can’t go wrong. 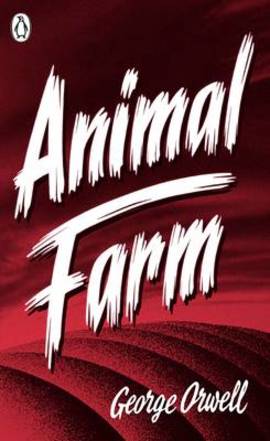 I haven’t read enough of the classics, but I’m getting there. I’ll admit that when I read 1984 a few years ago I wondered what all the fuss was about. But when I saw this in (you guessed it) the charity shop I thought I’d give it a go. I found this story utterly brilliant. I knew the basics, but reading it was something else. The sign of a good book is when you read up about it once you’ve finished it, and that’s exactly what I did here.

This was a Christmas present from last year. But the thing with me is that I don’t read much non-fiction. I love being involved in a story so left this one on the bookshelf for far longer than I should have.

This is a book about books, namely the pulpy horror novels from the 60s and beyond, and thoroughly enjoyable it was, too. The history of the many genres sailing on the Good Ship Horror was fascinating. I thought, before reading, that my wish list was about to grow exponentially. But in reality it cemented many, many books that I’ll avoid from now on; some of the ideas people had (??). There was a great humour to this book that made the whole thing great entertainment.

Here was yet another departure from my usual, cushy fiction reads. I’ve never been a fan of comics and over the years I’ve tried, I really have. But this collection of stories managed to creep me out mightily. The images are shocking, but at the same time cartoony, which seems to make them even scarier somehow. The tales revolve around unknown terrors destroying people, but it’s the artwork that really delivers. There are some grotesquely beautiful pages here, ones that made it difficult to take my eyes from them and concentrate on the actual story. Plus this was my first time reading a hardback backwoods (it took me a time to work that out, I don’t mind admitting).

Yet another offering from Mr King. This great collection of stories features the well-known Children of the Corn and The Lawnmower Man, the latter being completely different to the film that I can’t really remember too much about (some virtual reality shit?). These stories are full on horror, full of tales ending on a downer, just the way I like them! My personal favourites were Gray Matter, Graveyard Shift, The Mangler, Sometimes They Come Back, and Quitters, Inc. 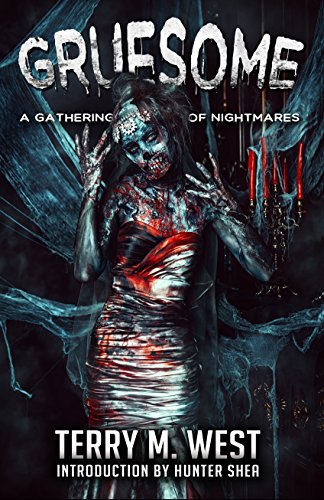 I liked this collection of short stories, but didn’t love it. The gore was there, the scares were there, and it certainly lived up to its name. But the cannibal stuff kind of tired after a while, and there were a few stories that maybe lacked a punch in the final acts. But if you want some full-on nasty reading you should definitely check it out.

I Am Legend – Richard Matheson

All hail the British charity shop (again). I’ve never watched this film, I don’t know why, but I was pleased I hadn’t when I picked this up. I knew the novel had gone on to inspire countless post-apocalyptic stories, but was surprised at just how ‘fresh’ it still was.

Neville’s life revolves around keeping himself protected from the monsters outside. Alone in his house he must defend it any way he can. The claustrophobic vibe here was just perfect. I could almost hear the beasts outside my own house while reading. I believe the ending to the film is different, but this one was expertly handled. I was a big fan of this one!

The Bedroom Secrets of the Master Chefs – Irvine Welsh

I’m so glad I managed to finish this book before posting this, because I really need to say how bloody excellent it is. A kind of supernatural, kind of gritty tale of alcoholism and how it destroys people.

Danny Skinner spends his life drinking the lager n’ scotch, snorting the coke, and going to the football. He is putting his body through hell. Brian Kibby, a nerdy, model train-building kid begins working in his office and Danny takes an instant dislike to him. Before long, Danny’s pure hatred of his colleague sparks weird, spooky happenings. When Danny goes out for a serious night on the lash, Brian gets the hangover. When Danny gets a kicking at the football, Brian receives the injuries. He’s cursed, och aye!!

Weird, eh? It was, is, but it’s also incredibly gripping. The more pages I read, not only did I dig the story even more, I discovered the complex layers involved in the novel. Danny’s searching for his father while Brian gets sicker and sicker. The title bears more relevance as the story progresses and the decline of various characters due to alcohol is terrifying. The references to the Iraq War (happening at the time) describe not only the war, but the war occurring in the book between Danny, Brian, and the booze.

The whole thing is tied together with Welsh’s very black comedy and brought many a laugh from me. This is a top, top read.

So there you have it, folks. It’s been a good six months. I’ve reviewed quite a few over this time, too. You can probably find some of those by clicking through my site a bit, but you don’t have to; it’s cool.

If you’re interested in my ‘un-reviewed books’ from earlier this year you can click for that just about here!

Thanks for reading, this will probably be my last post before Christmas so make sure you have a spectacularly brutal and awesome one!

I’ll be back soon.