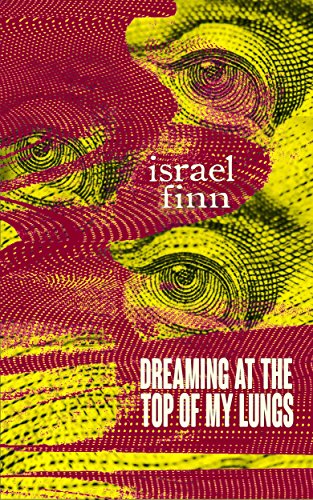 What a superb collection of stories this turned out to be. I jumped into this book not really knowing what to expect. I love my horror, and usually when looking at a short story collection I’m inclined to lean towards dark tales where bad shit happens to good people. Death, torture, and suffering are also high on the wish-list.

Now other reviewers have noted how these stories aren’t exactly horror, but are still extremely dark. And yeah, they’re pretty bang on with that assessment. OK, there’s a couple of monsters, a smidgen of gore, and plenty of scary situations, but the overall concept is not meat-hooked in the horror genre.

This would usually – not put me off, exactly – but maybe make me think twice about jumping in. Oh, I’m so glad I did. Because although not horrific, these stories are certainly the things of nightmares.

In two of the stories, the opening paragraph also ends the tale. I thought this was a great touch and really completed the cycle, oroborus-esque (that’s not really a term I don’t think, but I’m claiming it).

Stranded kicks things off with a grim, groundhog day kinda vibe. The agony and turmoil of the narrator increases with every page and when we find out what’s actually going on and why, it’s a ‘no way’ moment. I was hooked!

The very short, almost flash piece No Such Thing as Monsters is the first of the stories to feature a character who’s an absolute shit. Finn is great at bringing these bastards to life, possibly too great at it to be honest. But the pay off in this one is, well I’m not going to say, just read it for yourself.

Eddie, our main character (I won’t call him a protagonist because we’re not supposed to like him, are we?) in Over My Dead Body, is on the run. He’s done a very bad thing, and not for the first time. But now he’s in far deeper than ever before. Shit, I was flying through this book by now.

Sick Day introduces one of the most stomach-churning monsters I’ve read recently. What it sprouts from is gross enough, but things get even more gross at the end. Harold’s miserable life is recounted, and this is one example of where Finn puts backstory in without it feeling info dumpy and waffle-ie. In only a few pages he gets you giving a shit about the guy who’s (the clue’s in the title) sick.

The next story, The Messenger, is essentially one scene that could be part of something larger. I know a lot of short stories are like that, but this one made me wish for more. Freedom of speech doesn’t exist in this small town, and the lengths the residents and leaders go to keep it that way are pretty diabolical.

Deadfall Lane was a creepy one, oh hell yeah! A marriage break-up, some cute rabbits, and a freaky old tree are the back drop to Pete’s demise. It’s a bleak old tale this one, great stuff.

An alien chats about his views on humanity in Water and War, and how he can’t understand why humans are like we are. This wasn’t exactly a story per se, although there was an ending that I can’t work out if I saw coming or not. It’s more like a thoroughly entertaining piece about what exactly is wrong with the world (clue – it’s us). And when you think of it like this, we are all a bunch of dicks really.

So next up, Stones. Woah, man, Finn certainly throws a ball at your face that somehow smashes you in the back of the head with this one. Twist Central. That’s all I’m going to say.

Deathbed is another shortie where there’s not so much a plot, but again the backstory thrown in, in almost no time at all, has you rooting for the protagonist and shouting, ‘yeah, go on, you tell em!’

To Catch a Fly is the memoire of another Eddie, who sits in his prison cell explaining what happened to cause him to be incarcerated. He tells of his school days, his poor upbringing, and his eventual crime that brought everything crashing down. The references to flies throughout were nicely done.

Horrible dads/husbands are prevalent in these stories, and none more so than in The Present. A family living in fear of the man of the house find their salvation in the most unlikely of places. Some supernatural horror gets thrown in, again illustrating how you just can’t categorise this collection. Merry Christmas, you shit!

And finally we get to Ugly. When two kids snigger at the girl on the bus who’s, well, the title of the story, they never think of the reason for her looks. But there is one, and when it’s revealed, it’s very humbling.

Unfortunately, I also have to mention the bad points of this book. Well, the one bad point; there’s only twelve stories! I was enjoying myself so much that as that little % icon in the corner of the screen kept creeping further to 100, my sadness at the coming end increased. But hey, that’s what we want, right?

I can’t wait for what Israel Finn comes up with next.

Like Loading...
‹ Book Review – Tales From the Realm Vol 1. An Anthology from Aphotic Realm
Book Review – Itch by A. A. Medina ›