Maybe I’m getting old, yeah that’s probably it. But the class of comedy TV shows these days seems to be slipping. That’s a bit of a bold statement, I admit, and I’m sure there are plenty of genuinely funny and original comedies out there that I’m yet to witness.

But starting with that damning indictment of the state of comedy TV allows me a way to introduce some of my favourite underrated British TV comedies of all time (or maybe more like the last 25 years really). Shows like Red Dwarf, Peep Show, The League of Gentlemen, The Inbetweeners, and The Office don’t make the list as they are a little too well known, you’ve probably already seen those and for me to bang on about how amazing they are is just a waste of your precious time.

So let’s end this blah-blah introduction and just get straight into it. 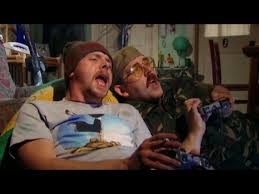 Spaced. The tale of twenty-something Londoners, Tim and Daisy, posing as a professional couple in order to rent a flat. Throw in the socially awkward painter, Brian, who rents downstairs; Daisy’s best friend, Twist, a shallow (is bitch the right word?); Marsha, the alcoholic landlady; and Tim’s best mate, war-loving, camo-wearing Mike who just wants to join the army, again.

Written by and starring Simon Pegg and Jessica Stevenson, and directed by Edgar Wright (which really elevates the look and style of the show), there’s movie references aplenty; see if you can spot them all! A truly great piece of TV that, although very late 90s in its appearance, was still way ahead of it’s time. If you’re a fan of Simon Pegg, this is him at his very best.

Snuff Box. I came across this years ago, very late at night and at first I wondered what the hell was going on. The surreal minds of Matt Berry and Rich Fulcher take bizarre comedy to a whole new level. Essentially it’s about two hangmen who, well, hang people, and their post-killing relaxation in a swish, elitist-type country club. Obviously there’s a magic portal to the past, and some great sketches along the way. There’s also some superb comedy numbers, written and performed by Matt Berry himself. It’s weird, stupid yet clever, and great.

Garth Marenghi’s Dark Place. Hosted by the fictional horror writer, Garth Marenghi, this spoof horror/action show from the 80s is interspersed with interviews with the actors as they reflect on how bad (or in their eyes, good) it was. It’s so realistic yet the effects and acting in the spoof show are not that far away from those witnessed in many terrible B-movies (anyone seen Samurai Cop?). We also have introductions from the great man, Mr Marenghi, in every episode where he reads extracts from one of his ‘bestsellers’. “Blood? Blood. Blood, blood….. Blood. And bits of sick.”

Nathan Barley. This really is a gem. Written by Chris Morris and Charlie Brooker, the show follows our hero, Nathan Barley who is a horribly vain, narcissistic, and shallow creature, yet strangely likeable. His website, trashbat.co.ck (registered in The Cook Islands) is the go-to place for London’s self-thought ‘cool’ where he posts idiotic animations and childish pranks on his ‘friend’, Pingu. Everything always seems to go right for Nathan, while Dan Ashcroft, miserly journalist for underground style mag, Sugarape (written sugaRAPE) is constantly shaking his head at the idiocy of humanity. We’re with Dan all the way, yet it’s Nathan who ultimately ‘wins’. The humour could be considered crass, and at times very taboo, and that’s what makes this so special.

I’m Alan Partridge. OK, so this one is perhaps the most famous and well-known of this whole list so doesn’t really fit in with the rest. But there’s no way I could list 10 great comedies without mentioning it. In fact, not a day goes by when I don’t quote the great Mr Partridge in some way. Following the exploits of failed TV presenter turned local radio DJ, Alan’s pathetic life is as cringe-inducing as it is funny. But, as with all great comedies, the character is what drives it. Alan Partridge could read the shipping forecast, and it would be hilarious. 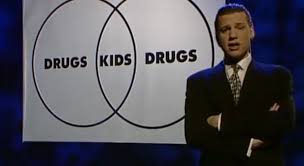 Brass Eye. A spoof news/current affairs show where important topics and real-life issues are discussed, somewhat ironically. Roping in celebrities to read the auto-cue where they describe absolute bollocks without even realising it, is a joy to behold. Not to mention the Paedophilia special. They say comedy should never be afraid to push boundaries, and this show certainly does that with this episode. But how none of the celebrities didn’t raise any questions about what they were saying is beyond me. A special cyber-glove that paedos can use to molest children via the internet? It’s wrong, yet genius.

High Spirits with Shirley Ghostman. Marc Wootton created yet another superb character in Shirley Ghostman. An extremely camp and rather nasty TV psychic who supposedly channels spirits, but only those of dead celebrities, quite apt in this day and age where the rich and famous are held in God-like status by many. The faces on the audience (who assume, to start with anyway, that it is a genuine show) are priceless. There’s also interviews where Shirley meets the skeptics. As the audience we are in on the joke, but the poor interviewees, sadly for them, are not. He really knows how to push people’s buttons, and push them he does.

Wootton proves he’s no ‘one-character wonder’, though, with a number of other pyschic-types brought to life here. And then there’s Spirit Academy, a reality TV show where people who think they are psychic (oh yeah, real people) compete weekly, pitting their ‘psychic’ wits against each other. It’s almost painful. This is definitely a show for those who believe psychics are full of rancid faecal matter.

Big Train. The genius of this series, with a host of well-known actors including the aforementioned Simon Pegg, was taking real life situations and changing them ever so slightly. There’s no real jokes and it’s all acted pretty seriously, but the ridiculousness of the scenes are what make them funny. Ming The Merciless doing the housework after a hectic day destroying galaxies; The Artist Formerly Known as Prince preying upon jockeys on the plains of Africa; and a sketch where staff in an office are told they are no longer allowed to wank while working, which doesn’t go down particularly well with them. And these are just three examples. To describe it sounds crazy, which is why it is so funny. 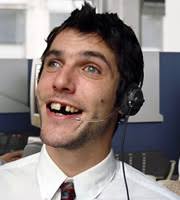 Fonejacker. A TV show where the subject is prank phone calls sounds great, but can it really work on TV? Surely this medium of comedy would work best as a podcast? Well, yeah it would certainly work well, but this was (I think) before the days of podcasts. The animations that accompany the calls keep your attention and do it brilliantly, as does, of course,  the host of excellent characters created by Kayvan Novak. There’s a mouse calling a pet shop, Indian salesmen selling Internet Service Providings, and customers’ ‘banks’ calling from Nigeria, shamelessly asking for their account number and sort code. Again, it’s the reactions of the unsuspecting public that are just as funny as the characters. And of all the shows here, this is the only one you can watch with your eyes closed!

Early Doors. Every scene of this show is set in The Grapes, the local pub with a very familiar set of regulars. A set of very realised characters discuss the intricacies of their lives, over a pint. It very much has the feel of The Royle Family, but then it would as it too is written by the great mind of Craig Cash, along with Phil Mealey, who also both star. There’s Tommy, the miserly old man who never wants a drink buying for him and prefers to ‘stay on his own’; Ken, the landlord who, despite having little patience with his patrons, loves them all really; and the two policemen, Ken and Nige, who pop in the back entrance for a drink while on duty because, as they say, “You make your own work in this game.”

So how did I do, how many did I miss? Loads, I’m sure. Let’s hope the next 25 years or so provide us with more original golden nuggets of laughter so that I’m not here still moaning about comedy “in my day!” Hopefully I’ll never be ‘that guy’. Or does this post prove that yes, I am?