Home › writing › 3 Reasons to Throw That Writing Rule Book Out of the Window!

3 Reasons to Throw That Writing Rule Book Out of the Window! 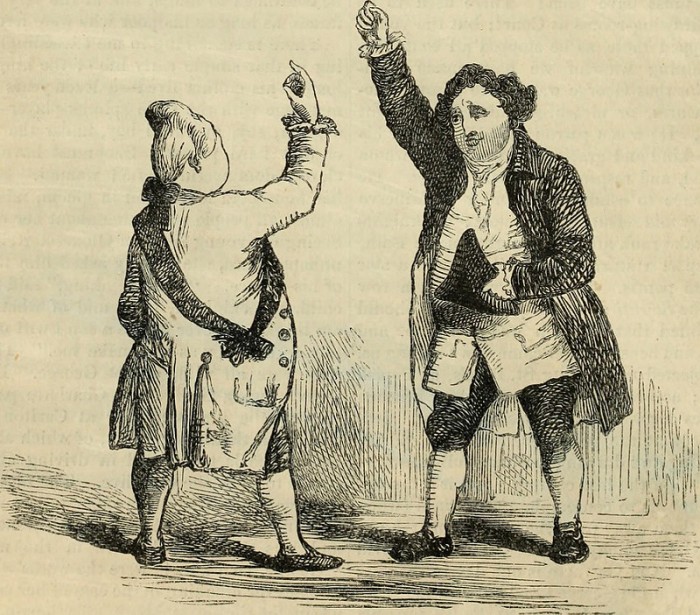 There a hundreds, thousands, err, loads of blogs and books out there packed full of great tips for the aspiring writer to make their work stand out and kick the proverbial ass. Not a day goes by where I don’t learn something new, then look through my current work in progress and change bits. Well, lots of bits, actually. “If only I hadn’t read that, just think how amateurish I’d look!” I say, to myself.

I look back at the stories I wrote years ago and squirm at some of the prose, and these were published online! Just what were they thinking?

More recently I’ve begun to take much more of an evaluating stance on novels that I read. I try not only to follow the story, but look at sentence structure, use of punctuation, and how the whole thing fits together. How does the author create that sense of dread, how do they bring a tear to my eye, how is it that they can transport me to that alien world and make me think I’ve already been there?

Is it because they follow the guidance of these aforementioned blogs and books, as well as spending years practicing and honing their craft? Well, yes, there is that.

But you know what? Time and time again I notice many of these so-called ‘mistakes’ that these experts in writing say you should avoid.

Now am I saying that these guides are wrong? No, of course not. But can you still get away with telling a great story without having to conform to these rigid rules? Well, yeah, it seems like you can, kind of.

So here are a few things you’re told to avoid but in reality can sort of get away with. There are only three, though. I could only think of three. Maybe as soon as I hit ‘Publish’ I’ll think of many more, but never mind.

A quick Google of the split infinitive will quote the most famous example of it. ‘To boldly go,’ where it should really be ‘To go boldly.’ But you all knew that anyway.

OK, so many people would agree that it’s actually all right to do this. Even though it is grammatically incorrect, in everyday speech this happens all the time. So surely this is OK when you’re writing dialogue. You don’t want your gang member speaking like he’s an English professor do you? And if your story is being narrated this seems feasible, too. Even if your story is told in the third person, adhering to correct grammar may sound a bit old-fashioned and may even detract from the flow of your tale. A contemporary or ‘cool’ story will definitely suffer because of this.

After saying all that, I do try and keep the infinitives un-split when I write, although a quick glance at some of my stories may prove otherwise. Sometimes you just have to make your writing sound ‘real’.

So go on, split away.

This is perhaps one of the biggest no-no’s in literature, with many of the best writing guides telling you that, at no cost, should you ever, ever be using these to tell your story. So just stop it! Now! I know a certain Mr King isn’t exactly the adverb’s biggest fan.

And that’s cool, I get it. It’s much easier to write ‘she said, irritably’ than to add an action or choice of words that convey this message just as well. And if it’s easier then perhaps you don’t have the literary skills or vocabulary to write like, proper an that, right?

Well no, not exactly. I see adverbs all the time and perhaps it’s because I’m just an amateur, but I don’t recoil at them and curse the author for taking the easy route at getting their point across. Sometimes these adverbs can really add something.

Apparently you should use as few words as possible to get to the next part of the story. Instead of banging on about how your character stared at the scene before them absently, or lustfully, or vengefully, or whatever, you should convey that emotion through subtle nuances. They could be looking at that scene with an open mouth, or a boner in their trousers, or their fists clenching, or whatever.

I’m not saying that first set of examples are better than the second (they’re not, it’s just an example) but sometimes adverbs can add something to a sentence. The character could be staring at the scene, breathing noisily, or loudly. The description of the way he is breathing just reminds you, very subtly, of his place in the scene. Perhaps the place is quiet and his breathing is incongruous to the scene before him. There’s more words right there than simply ‘loudly’.

Having someone give ‘an anxious look’ can get things moving quickly. They’re apprehensive, worried, OK we get it. Move on.

OK, I rambling, but I think (hope) I’m getting my point across. One other thing to mention here. There are over 170 000 words in the English language. I don’t know how many adverbs there are, but I bet there are loads. And just think of all the great words you’re missing out on if you dismiss them all.

Even J K Rowling is guilty of using the adverb, although I think guilty is the wrong word here. I’ve only read the first Barry Potter book but there’s adverbs all over the place in it, and that sold rather well!

So, in my opinion, adverbs can be used to help set a scene, but not all the time. It will get tiresome. Plus you will wear out your L and Y keys pretty quickly.

Let me tell you what I mean (see what I did there?).

Yeah, yeah, don’t just spoon feed the reader what’s happening, let them experience the story for themselves. I agree, it’s the best way to bring your tale to life.

But sometimes, come on, you can get away with a tiny bit of telling. We’ve all done it. Haven’t we?

That rusted machete is stained with blood and it is black and clotted; the bodies are lying with their heads cut off and their innards are ejaculating from their rotting, fly-ridden corpses.

A couple of backstory sentences interwoven with the narrative can just tell you what happened all those years ago so that you can say, “Ah, OK, I get why he’s scared of dogs now.”

A scene in the aftermath of something horrific having taken place can be paragraphs of description. If you can conjure in the reader’s mind what the scene looks like before the character interacts with his other senses then surely that’s OK, isn’t it? As long as what you’re describing is grotesque (or happy and lovely if that’s what you’re going for) so that the reader can picture what’s going on, tell away!

But, like the above point, do it sparingly and definitely do more of the showing. You don’t want your story to sound like a kid describing what they did over the summer. Unless that’s your angle, of course.

So there you go. You may be shaking your head or even laughing at how utterly wrong I am. If so, you’ll be laughing on the other side of your face when I invent the new Punk Rock Subversive Literary Movement For Writers Who Just Don’t Care, or whatever snappier title I come up with in the future.

Or maybe not. Perhaps I’ll retract everything I’ve just said and stick with the advice from the professionals. They know what they’re talking about, right?

So don’t be too hasty with throwing that book from the window, perhaps just place it carefully on a shelf by the window. You never know when you might need it!