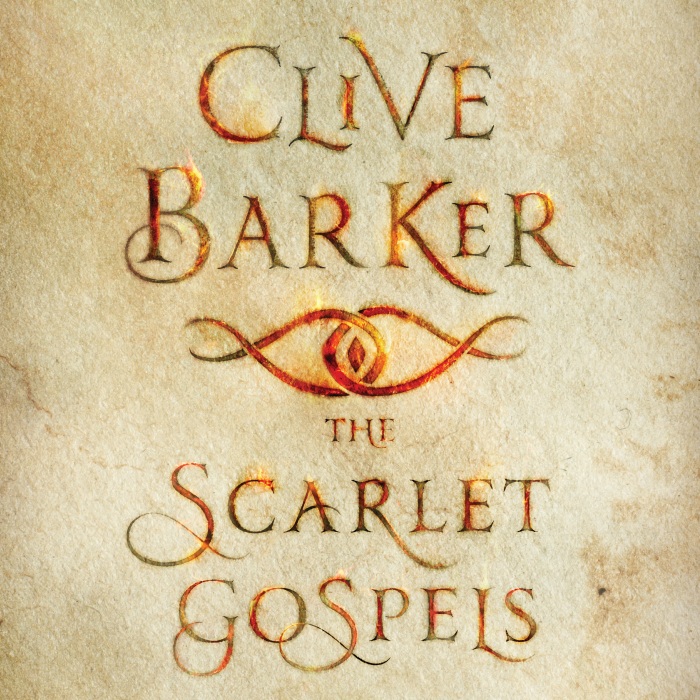 I think it’s important to state before I start this review that I am a big fan of Clive Barker. I saw Hellraiser many years ago and it creeped me out like you wouldn’t believe (or maybe you probably would, actually). A few years later I was initiated into Barker’s written work through the excellent Books of Blood, after hearing about them through the band Acid Bath (RIP). I finally read The Hellbound Heart, then blitzed his other works, particularly enjoying Weaveworld, Coldheart Canyon, Sacrament, The Damnation Game, and being completely immersed in the worlds of Imajica.

With that glowing introduction, I think you can see where this review will be going.

The first question is why has it taken me so long to get round to reading this? This is a good question, especially after that first paragraph up there. Was it the spoiler-free reviews I’d read when it first came out? Not that I could really remember them but they must have ingrained themselves into my subconscious somehow. It’s like that album you own that you only listened to once and so can’t remember any of the songs on it. Well, there’s a reason you never listened to it more than once, you know.

So yeah, I don’t rate this as one of Mr Barker’s best achievements.

I’m sure you are already aware that this is the return of Pinhead, the iconic Cenobite of The Hellbound Heart and the Hellraiser movies. Well, he’s back, and he’s mad! So mad that when he’s first introduced he really shows these puny earth magicians that they should not fuck with him. There’s chains, impalements, mutilations, just basically loads of gore soaked death. And it’s done so well. Only a few pages in and I was already saying to myself, “Oh yeah, here we go!”

Although already there was one small detail that I had an issue with, and that was the Lead Cenobite’s name; Pinhead. The book states that this name is almost a curse to the character, who is also referred to as the Hell Priest (which sounds much better). I don’t know whether Clive is making a point about his own views of the name here, that he never liked this name that the fans gave his shockingly awesome main bad guy, especially after he was never referenced as such in either the novella or the film (that statement is pure guesswork, though). In fact, in The Scarlet Gospels when describing him, Barker says that the pins in his head were more like nails driven into his skull, which would also look a lot more brutal that the measly pins he had in the movie.

And Pinhead, is that really the sort of name that will inject fear into the veins of us mere mortals? To me, it’s like calling someone a dickhead, but the dick on their head is actually really small, like a pin. So yeah, Pinhead being Pinhead sort of annoyed me a little bit.

But I could eventually see past this, because the story was just really good. We meet Harry D’Amour, with his patchwork of tattoos of ancient sigils adorning his body that warn him when there’s some evil spirits at play. Harry has a friend, Norma who is blind but can see and communicate with the dead. Trying to help out a spirit that has contacted Norma, Harry stumbles upon the puzzle box; you know the rest.

Now this is where the book took a bit of a downward slide for me. Pinhead kidnaps Norma, with help from his ex-human bitch, a magician who was spared from death but who is disgustingly disfigured because of it. Harry and a few friends leap to the rescue. The trouble is, they need to rescue her from Hell.

What now? Hell? What, you mean the Hell where Lucifer lives after he was cast down from Heaven by God, and where all the bad people go when they die, where there’s fire and brimstone and other bad shit?

As I reached this bit in the story, my memories of the aforementioned reviews came flooding back to me. Pinhead (see, even I keep calling him that now), always seemed to me like a creature from another time and space, one that was not understood by the people of this world, he was almost Lovecraftian in his indifference to this dimension and the pathetic creatures that live here. Now to have him infiltrate the fantasy world of a Christian Hell, it just doesn’t seem, I dunno, authentic enough I suppose. And don’t get me started on later on when we meet Lucifer himself who seems much more of a pussy than I would have expected, but I’ll say no more about that.

If HP Lovecraft had decided to write another story about Cthulhu, but this time it is fighting against the devil in a blazing subterranean inferno, we’d surely shake our heads and murmur in displeasure. It just wouldn’t sit right.

I think this book would have worked better if it wasn’t about Pinhead. A lowly demon with ideas above his station would have been a more appropriate antagonist. Lets say there was a Priest who was down on his luck and questioning his faith. This rogue demon from Hell wants to take over the underworld and overthrow the head guy, Satan. He goes above ground (somehow) and kidnaps the best friend of this Priest. Now with a purpose to save both his friend and his beliefs, the Priest goes on an action-packed quest and ultimately rises victorious. During this adventure we meet Lucifer and he fights this wannabe demon who wants to take over the reins down there. To me, that synopsis would work a lot better. You don’t need Pinhead to tell this story and to have this about him makes him seem less clandestine and thus, less frightening.

If you’d have told me that this was a fan fiction novel, I may well have believed you. There’s every essence of Barker in there, but the final idea just seems a bit lacking.

This all said, I never found myself bored whilst reading. The writing was stomach-churning when it needed to be, funny in parts, and beautifully descriptive like Clive Barker is renowned for. It’s certainly not a bad book, just not what I was hoping for. I think I need to find my copy of The Hellbound Heart and involve myself in that again.

Like Loading...
‹ Problems With Typos? Blame the Typo Demons
When Do You Reach the Point Where You Can Give Writing Tips? ›