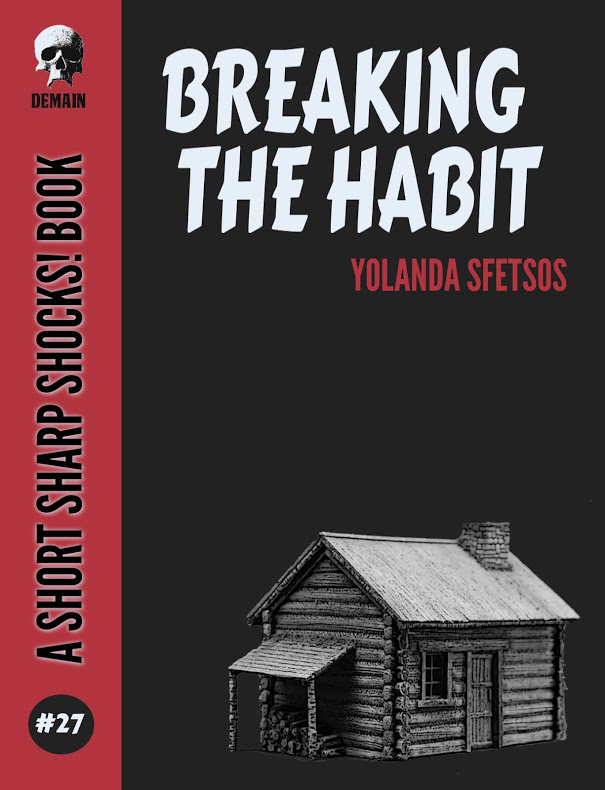 When a couple travel to a deserted cabin in the dense woodland, you kind of know what’s going to go down there. Supernatural monsters from the trees perhaps? An escaped murderer? A ghost of the former owner? Local rednecks who don’t take kindly to peoples in these here parts?

I went into this great short story with not a clue what was about to unfold. I believed that one of the above-mentioned tropes was going to be present. But alas, I was very wrong!

Isla and Cisco arrive at this ominous-looking cabin for their honeymoon – awww – but it’s certainly not what Isla pictured or indeed expected. She was looking forward to a nice relaxing time on the beach, escaping her past. A past that would have struggled to find her in the Bahamas.

But Cisco thought it would be even more romantic to whisk her away to this undisturbed ‘beauty’ in the middle of nowhere instead. OK, as he says many times, they get to be naked all the time there as they’re alone, but I can’t help but think that the beach would be more enjoyable. There’s always a hotel room for the naked stuff!

Before any of the terrors really make themselves known, you really begin to wonder about Isla and her secrets. She’s holding something back, only hinting to the reader what she really is. I had a couple of theories early on, both were wrong.

Isla knows they’re certainly not as alone as they think they are, as her own horrors manifest themselves through strange dreams and memories. The imagery is real and horrific, with a few splatterings of gore thrown in for good measure.

This is third story I’ve read from the Short Sharp Shocks! series, and I’ve thoroughly enjoyed each one. And there’s still loads more to devour; happy times.