Home › writing › Debut Novels and Debut Albums; Are They the Best You’re Ever Going to Get?

Debut Novels and Debut Albums; Are They the Best You’re Ever Going to Get?

You know when you hear a band for the first time and something in their sound just wows you? I’m sure you do, it’s happened to all of us. How about when you find out that said band has actually been around for years, unbeknownst to your ignorant ears? Suddenly you’ve got a whole back catalogue to immerse yourself in and probably won’t listen to much else for a few weeks.

It’s a great thing to happen. I’ll namedrop Opeth in here. I was a newbie when Ghost Reveries came out, and after hearing that I busied myself with everything else they’d done and found myself in an extremely happy place. You’ve probably got your own examples.

On to books (no smooth transition here, folks). How about when you discover a book that blows you away? The plot, the language, the storytelling is one that grips in you in a way you never thought imaginable. And then, with a quick internet search, you realise that there are piles of other titles from this author available. So without a second thought, you’re ordering (or Kindle-buying) everything they’ve done.

Maybe you’ll read them whilst listening to that new old band you found.

But do the previous works of these bands and authors live up to the absolute gem that you discovered in the first place? Are you going to be disappointed dipping back in time or will this be a rewarding experience?

An author’s career, and a band’s, is sure to go through some kind of change over the years. Sometimes it’s good, sometimes not. But which is best, the early stuff or the contemporary stuff?

I should note here that this post is to do with authors and bands still plying their trade and not ones that are either dead or retired, although I’m sure you already assumed that. You’re reading this, so you can’t be stupid, right?

With music, it’s usually (obviously not always) a given that the band’s early output is their best. That raw emotion they had in the early days captured forever as a snapshot of where they were when they started out. True, the production will probably be limited due to budget constraints, but there’s usually something there with the energy and the passion from the musicians that makes this a rather moot point. It’s their war cry to the world, like the band’s live performance has been recorded in a studio to be savoured forever. Or something.

Perhaps the band became a little full of themselves as the years progressed, egos became inflated and passion dwindled. Maybe the bright lights of success brought with them the celebrity lifestyle and the attentions to writing kick ass songs diminished. Or the fact that they just changed their sound consciously in an attempt to appeal to more people (ahem, Red Hot Chili Peppers).

The opposite is also true. Some bands spend years working together to improve in their playing and songwriting, honing their overall sound. They may take four or five albums to find this perfect sound, and look back on their first release as, well, shit.

So how about authors? While I was thinking about writing this post I spent a long time contemplating about authors I love and whether I tend to lean towards their earlier works, or even their debuts, as better than their current output. And you know what, I can’t figure it out. There are some that seem to have developed and improved and there are those who don’t seem to be able to capture the high levels of brilliance in their earlier works. There is not one side I would tend to lean towards.

Indecisive? I’m not too sure. Wow, what an insightful piece this is, the author can’t even decide his stance, you’re thinking. 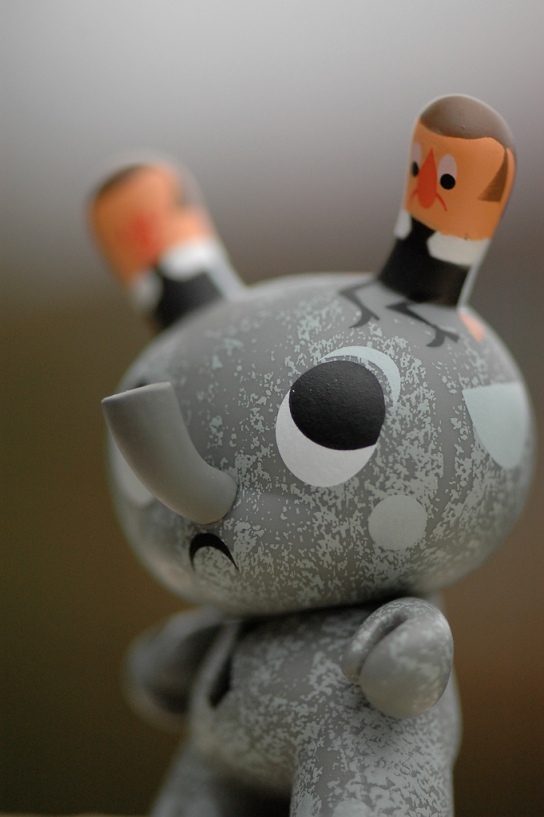 Writing, as well as playing music, improves with practice. As the years move on techniques and applications improve as the artist strives to improve their art. Some debut novels are a little all-over-the-place, but you can see the talent on display, and by looking a few books on it becomes apparent how the author has improved, albeit with probable outside influences and advice.

After reading interviews with authors talking about their debut novels there seems a pattern that the idea had been in their heads for a number of years sometimes, and they worked tirelessly on them, sacrificing sleep and a social life, to get them to a high enough standard to be published.

So is that it then? Is that their one story that needed to be told and now has been? Are they done then? Or has the thrill of researching, writing, publishing just reignited that inner flame that now burns even brighter than before? Maybe now that initial idea seems a poor relation to the thoughts sloshing around in their literary minds. Book number two is going to be even better.

But we can all be guilty of stagnating. Perhaps some writers lose the love and the inspiration to keep churning out brilliant stories year on year. Or maybe it just seems like they have no original ideas anymore and can’t find that mojo to draft future works that are on a par with what got them known in the first place.

Is that the same for bands? Maybe.

I suppose it’s different with authors and bands because the author holds the sole responsibility for the output, whereas a band will normally work together to produce their art so things that are great or not so great can be attributed to a team and not an individual.

Maybe the novel you read or the album you heard that first introduced you to the artist, will always be your favourite and you won’t analyse the merits of earlier works like you would if you were there ‘from the beginning.’ In the case of Opeth, I don’t care as much for the first two albums, but I’m sure purists would swear by them. (In case you’re wondering, ‘peth fans; Blackwater Park and Deliverance are my picks, like so many of you.)

So is a band’s early stuff their best? Depends on the band.

Is an author’s early work their best? Depends on the author.

Look, I know I’ve asked a question here and have failed to answer it, but I can’t think of an answer, so there! It’s a question that’s popped in and out of my head for a long time, but I have never thought to write any of my thoughts on it before now.

Well now I have, and if you’ve made it this far and are annoyed that there’s no expert summary on offer, I’m sorry. If you’ve got to this bit and you agree that it is an unanswerable question with thousands of interpretations, yay I’m not alone.

If anything, though, hopefully it’s made you want to dig out that debut novel/album you haven’t read/listened to in too long. If that’s the case then I’ve succeeded.